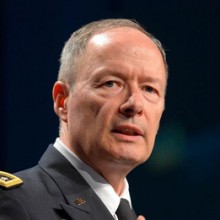 At IronNet Cybersecurity, as the CEO and President, GEN (Ret) Keith Alexander provides strategic vision to corporate leaders on cybersecurity issues through development of cutting edge technology, consulting and education/training.

As Commander, USCYBERCOM, he was responsible for planning, coordinating and conducting operations and defending Department of Defense (DoD) computer networks, as well as, the defense of the nation from cyber-attacks. As the Director, NSA/Chief, CSS, he was responsible for a DoD agency with national foreign intelligence requirements, military combat support, and U.S. national security information system protection responsibilities.

Prior to leading USCYBERCOM and the NSA/CSS GEN (Ret) Alexander served as the Deputy Chief of Staff, Intelligence, Department of the Army; Commanding General of the U.S. Army Intelligence and Security Command at Fort Belvoir, VA; and the Director of Intelligence, United States Central Command, MacDill Air Force Base, FL., and the Deputy Director for Requirements, Capabilities, Assessments and Doctrine, J-2, on the Joint Chiefs of Staff.

GEN (Ret) Keith Alexander is the recipient of the 2016 United States Military Academy (USMA) Distinguished Graduate Award. Noted by the USMA, this award is given to graduates of the USMA whose character, distinguished service, and stature draw wholesome comparison to the qualities for which West Point strives, in keeping with its motto: “Duty, Honor, Country.”