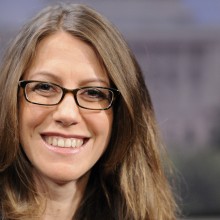 Keeli Sorensen is the Director of Government Relations and Public Policy at Polaris. She provides strategic guidance on national and international programs and strategic partnerships, ensuring the organization engages thoughtfully in movement-wide efforts. In this role, she also oversees government relations and public policy efforts.

With more than ten years of experience assisting exploited and trafficked populations, Ms. Sorensen leads Polaris’s federal policy engagement efforts. She is responsible for developing partnerships with national coalitions and setting the agency’s policy agenda to ensure that the laws and practices of the U.S. government effectively combat human trafficking and provide effective redress to victims of the crime.

Prior to joining Polaris, Ms. Sorensen served as the Director of Training and Advocacy for Safe Horizon’s Anti-Trafficking Program in New York City, where she developed the program’s U.S. policy agenda and managed training and outreach activities for key stakeholders and partners. Ms. Sorensen has been an active member of several anti-trafficking networks, including the Alliance to End Slavery and Trafficking (ATEST), the New York Anti-Trafficking Network (NYATN), and the Global Alliance Against Trafficking in Women (GAATW). From 2012-2013, Ms. Sorensen served as the Policy Co-Chair of the national anti-trafficking coalition, the Freedom Network, where she helped oversee the policy agenda. Before working with Safe Horizon, Ms. Sorensen worked internationally to assist survivors of human trafficking and violence at Save the Children, UK, Amnesty International, and the United Nations High Commissioner of Refugees. Her accomplishments include creation of a pilot project to reintegrate girls associated with the armed forces in the Democratic Republic of Congo, and leading research on the sexual exploitation of children in Cote d’Ivoire and Haiti.