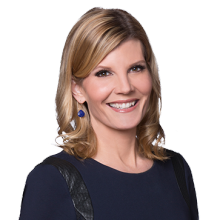 Snow has covered politics throughout her career, including five presidential elections, the White House, and Congress.  She continues to cover developing news stories—from the mass shooting in Newtown to conflict in the Middle East to allegations against Bill Cosby.

Snow has traveled extensively and built a reputation for stories that create change.  Her 2015 series about transgender children was called a “phenomenon,” as millions of people watched a video about 5-year-old Jacob that went viral on social media, and millions more watched stories on Nightly News and TODAY.  Her 2014 Emmy-nominated series, “Hooked: America’s Heroin Epidemic,” put a human face on a public health crisis, prompted congressional hearings and legislative action, and was praised by drug policy organizations.  A Rock Center report on teenage foreign exchange students being abused by host parents led to new policies at the State Department.  Snow’s investigative reports on texting while driving and concussions among young female soccer players sparked national conversations.   In the fall of 2014, Snow was the lead correspondent reporting for NBC News on the Ebola outbreak and U.S. response.

Snow has interviewed a wide range of newsmakers—from President Obama to Bono; from Jeff Bezos to Ringo Starr.  She pointedly questioned President Bill Clinton in his first interview after his wife lost the 2008 nomination.  But she can just as easily sing a tune with Rick Springfield.

Prior to joining NBC News in 2010, Snow was the anchor of the weekend edition of ABC’s Good Morning America for six years.  Previously, she was a White House correspondent for ABC News and a Congressional Correspondent for CNN.

Snow is the wife of radio host Chris Bro and proud mom of Zack and Abby.  She is a graduate of Cornell University and holds a Master’s degree in international affairs from Georgetown University’s School of Foreign Service. She works closely with many charitable organizations including Big Brothers Big Sisters of America and the American Foundation for Suicide Prevention.