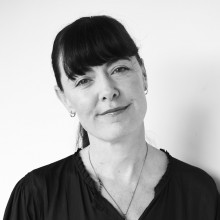 Kate Kennedy is a human rights leader working in the global fight to end slavery. She is currently based in New York as Managing Director of the Freedom Fund, an organization that identifies and invests in frontline efforts in the countries and sectors where slavery is most prevalent. Kate has a depth of global experience across private, non-profit, and government sectors in developing and implementing solutions to global and local disadvantage.

Up until October 2015, Kate led Hagar Australia, an organization that has supported more than 10,000 women and children who are victims of severe human rights abuse such as slavery in Southeast Asia and Afghanistan. Kate has enjoyed past executive roles as Strategic Director of Australia’s largest aid agency, World Vision Australia, and seven years as Program Director in the family offices of The Pratt Family, a prominent, philanthropic Australian family.

Kate has led major consulting projects with the Australian Department of Prime Minister and Cabinet and the United Nations. She proudly founded Australia’s largest professional volunteer network, goodcompany, and has been non-executive director of Jesuit Publications and MacKillop Family Services, a leading Australian Catholic agency, supporting young people who have experienced distress, disadvantage and abuse.