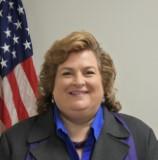 Dr. Kari Johnstone serves as Acting Director of the Office to Monitor and Combat Trafficking in Persons (J/TIP), where she has been Principal Deputy Director since November 2014. In these roles, she advises senior officials on U.S. Government policy and programming strategies to fight human trafficking around the world, and oversees the production of the Department’s annual Trafficking in Persons Report. From September 2013 until April 2014, Dr. Johnstone served as Acting Deputy Assistant Secretary for South and Central Asia and International Religious Freedom in the Bureau of Democracy, Human Rights, and Labor (DRL). From 2012 to 2014, she served as the Director of the Office for International Religious Freedom, where she was the Deputy Director from 2010 to 2012. In Spring 2012, Dr. Johnstone served as Director for Russia and Central Asia at the National Security Staff of the White House. She previously worked as the Acting Office Director and Deputy Director of DRL’s Office for the Near East and South and Central Asian Affairs. She served as the election officer at the U.S. Embassy in Kabul in 2004 and as the human rights officer at the U.S. Embassy in Tashkent in 2003. In 2001-2002, she was a Research Scholar at the Kennan Institute of the Woodrow Wilson International Center for Scholars.