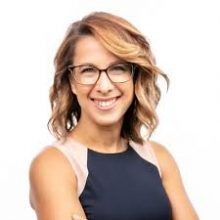 Julie Hyman is an anchor at Yahoo Finance. She currently hosts On The Move alongside Adam Shapiro. Hyman has covered financial markets for 20 years, spending the bulk of her career at Bloomberg Television. There, she served in a number of roles, most recently as senior markets correspondent, and previously as anchor; retail reporter; and correspondent at the NYSE and Nasdaq. She joined Bloomberg as a reporter covering European stocks, in the Paris bureau. Hyman began her career at the Washington Times. She grew up outside Baltimore and attended Randolph-Macon College.