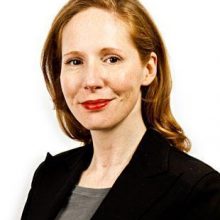 Juleanna Glover advises major corporate clients with high-stakes public and governmental affairs challenges in a myriad and diverse range of issue areas. Juleanna has decades of experience working on some of the most important government policy debates, high profile political campaigns and corporate controversies in the U.S. and abroad. The New York Times cited Juleanna as a “consummate political insider” and a Bloomberg profile stated: “she brings Washington power players together in a way others can’t match.” She is regularly included in publications’ lists of the most influential and powerful people in the nation’s capital.

Juleanna has served on the senior staffs of then President-elect George W. Bush, Vice President Dick Cheney, Mayor Rudy Giuliani, presidential candidate Steve Forbes and Senator John Ashcroft. She advised Senator John McCain in his bid for the White House, traveling with him throughout the 2008 presidential primary season.

Juleanna has been profiled in The New York Times, The Washington Post, Bloomberg, National Journal, the Financial Times, the London Daily Telegraph, as well as Elle, Marie Claire, GQ and Washingtonian magazines since leaving the White House in 2002. She writes and comments frequently on U.S. public policy and politics in such publications as The New York Times, The Economist, The Washington Post, The Wall Street Journal, Politico, The Financial Times, Reuters and National Review.