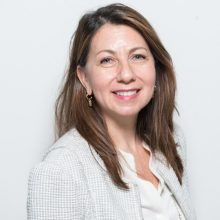 Ms. Karl is the Executive Secretary of the UN Capital Development Fund. She started her career in the private sector as a Management Consultant with a focus on optimizing business operations in the US private banking and real estate sectors.

Ms. Karl moved to UNDP in 1988, starting as a management support officer in the Personnel division in New York. She has occupied management positions in UNDP Mali and Cambodia where she led programmes in local development finance, decentralisation, small and medium enterprise development, demining, and crisis response.

Ms. Karl served for six years as the head of strategy and policy for UNDP’s Crisis prevention and recovery, was the Deputy Director in UNDP’s Washington Liaison office, and served five years as head of UNDP’s operational performance group. Ms. Karl joined UNCDF as Executive Secretary in August 2014.