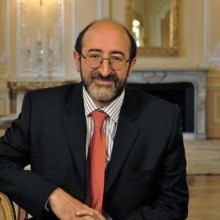 Juan Lozano was born in Bogotá. He is a lawyer from the University of the Andes with undergraduate studies in economics at the same university and economics courses at Harvard University. He was an associate lawyer of the international law firm Baker & McKenzie in his office in Bogotá, and later Secretary General and Legal Director of Banco Tequendama. Professor of law and journalism at the universities of the Andes, Rosario, Javeriana and Sergio Arboleda, for 18 years. Parallel to this private activity, Lozano has developed an important public record, partly because he is the grandson of Juan Lozano y Lozano, a liberal politician of great importance. Before graduating from school, and with politics very present in his life, he joined the youths who accompanied the birth of the New Liberalism, led by Luis Carlos Galán.