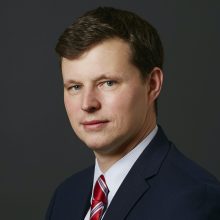 Joshua W. Walker, Ph.D. is President & CEO of Japan Society, the nation’s leading non-profit organization dedicated to fostering deep, meaningful connection and exchange between the United States and Japan. From his base in New York City, Walker oversees a wide array of programs in arts and culture, business, policy, technology, and education to promote greater mutual understanding and collaboration between the two countries and societies.

Previously he worked at Eurasia Group, the world’s premier political risk analysis firm, where he served as global head of strategic initiatives and Japan in the Office of the President. He actively expanded global events and new business offerings, including leading the company’s first “GZERO” geopolitical summit in Japan. He also worked with clients worldwide with a focus on Japan and in a variety of sectors to evaluate global geopolitical risks.

Walker has more than two decades of experience in international business and diplomacy. Prior to Eurasia Group, he was CEO and president of the USA Pavilion of the 2017 World Expo in Astana, Kazakhstan; founding dean of the APCO Institute; and senior vice president of global programs at APCO Worldwide, a leading global strategic communications firm. Before joining the private sector, he worked in numerous roles at U.S. government agencies, including the State Department and the Defense Department. He is a Senior Fellow at the Center for the Study of the Presidency and Congress and teaches at Columbia University’s School of International and Public Affairs.

He co-founded the Yale Journal of International Affairs and Young Professionals in Foreign Policy in New York. He has taught at several academic institutions, served on multiple boards, and won various awards along with being a Presidential Leadership Scholar, Trilateral Commission Rockefeller Fellow, Mansfield Foundation Network for the Future Member, Transatlantic Fellow at the German Marshall Fund of the United States, Munich Young Leader, Council on Foreign Relations Member, Fulbright Scholar, Foreign Policy Initiative Future Leader, Sister Cities International Honorary Board Member and Truman National Security Project Fellow. He earned a bachelor’s degree from the University of Richmond, a master’s degree from Yale University, and a doctorate from Princeton University.

Walker grew up in Japan where his parents still serve as missionaries, came to the United States when he was 18, and is bicultural and multilingual.