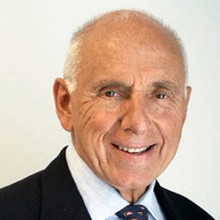 In 2000, Joseph Vittoria became an investor and Chairman of Puradyn Filter Technologies, Inc.  In 2006, he took on the role of CEO as well and retains that position today.

In 1997, Joseph Vittoria founded Travel Services International, a new public company that changed the traditional distribution system in the travel industry. In 2000 he sold it to a British travel company.

From 1987 to 1997, he was chairman and chief executive officer of Avis, Inc. While at Avis, he was responsible for creating the Avis Employee Stock Ownership Trust, the largest at that time and long considered a model for companies and governments evaluating employee-ownership programs.

His success at Avis led to his selection as the salaried and management representative to the board of the UAL Corporation for its initial four-year term in 1994, when it created its landmark ESOP. He is now a member of the boards of Blackjets, Inc and City Car Services, Inc

Mr. Vittoria was born on Long Island in 1935 and holds a BS in civil engineering from Yale University and an MBA from Columbia Business School.  He also holds an honorary doctor of laws degree from Molloy College and a Doctor of Business Administration from Roger Williams University.

Mr. Vittoria served as an advisory director of the National Crime Prevention Council.  In recognition of his efforts on behalf of missing children, he was asked to serve as a member of President Reagan’s Child Safety Partnership.

He was President of the Columbia Business School Alumni Association’s board of directors for many years and now is a member emeritus of the Board of Overseers.   He was the founding chairman of the board of visitors of the Georgetown University School of Language and Linguistics.

A passion for sailing has inspired him to develop unusual sailboats. He and his wife, Luciana, have four children and live in Palm Beach, Florida.