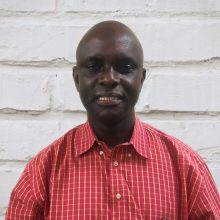 Mr. Joseph Sackor is the Refugee Congress Honorary Delegate for Pennsylvania and a Senior Systems Analyst at Temple University Hospital. Only two months away from graduating college when war broke out in Liberia, Mr. Sackor and his family were forced to flee to Guinea, before resettling in the U.S. in 1999. During his time in Guinea, he was integral to efforts with the UN Refugee Agency (UNHCR) to establish education programs, job opportunities, and the first nursing school for Liberian refugees in Guinea. Mr. Sackor is Chairman of the Liberia Medical Mission, an organization he co-founded that has brought in nearly $6 million worth of medication and medical supplies to Liberia through medical missions. He is the recipient of several humanitarian awards, including the Children’s Hospital of Philadelphia (CHOP) Information Technology Unsung Hero Award 2014 and the FELMAUSA Lifetime Humanitarian Award. He holds dual Bachelor’s Degrees in Management Information Systems and International Business from Temple University, and dual Master’s Degrees in Management Information Systems and Public Administration from DeVry University.