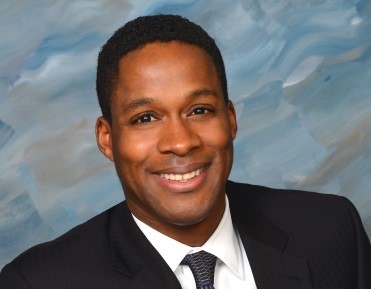 Joe joined Greyston in 2018 as the Vice President of Programs & Partnerships. His innovative leadership, experience, and ability to collaborate with diverse stakeholders ensures that Greyston delivers the best services possible to Southwest Yonkers.

Joe began his career as an underwriter for Chubb & Son, Inc. and then moved into insurance risk management as an analyst for Lehman Brothers, Inc. He then worked with PepsiCo for nine years in a number of roles, including treasury manager and sales strategy manager. In 2010, Joe fulfilled his desire to have an impact on public policy affecting the country’s most disadvantaged and joined Westchester County as senior advisor of government operations. In 2014, Joe was appointed to deputy commissioner in the county’s Department of Social Services, which had an operating budget of $600 million. He also has the distinction of being the first African American elected as a village trustee in his community of Port Chester from 2007-16 and he also served as deputy mayor from 2011 to 2012.

Joe is a graduate of Williams College, and also attended Oxford University (Exeter College), in Oxford, England. He holds an MBA (financial management) from Pace University’s Lubin School of Business.