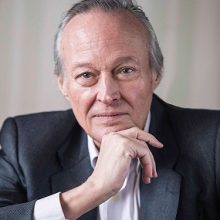 In his public stage, his positions include Minister of Industry and Energy (1996-2000), Government Spokesperson for the Government (1998-2000), Minister of Foreign Affairs (2000-2002) and Minister of Science and Technology (2002-2003). He was a member of the Congress of Deputies, leading the candidacy in the district of Barcelona of the Popular Party, between 200 and 2003.
He has also occupied and occupies different important positions in different private companies and Boards of Directors, such as Ercros, Vueling, Airbus, VW Group, SEAT, OHL, Alantra, Abengoa, Stadler, Hotusa, Tradisa, Aero ITP, HSF and BCG among others.

In the field of civil society, Piqué is a member or patron of several Foundations and Associations: He chairs the Forum and the Spain-Japan Foundation, the Chamber of Commerce Spain-Korea, the Association for the Search for Excellence, the CITPax, the Iberoamericana Empresarial Foundation; He has been Vice President of the Circle of Entrepreneurs and President of the Círculo de Economía.