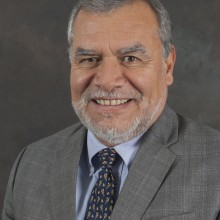 External consultant to Dutch organizations HIVOS and NOVIB for human rights assessment missions in Costa Rica and Sri Lanka (1990–1991). In 1992, he joined the UN Peacekeeping Mission for El Salvador (ONUSAL) as Human Rights Official, and in 1993 was member of the UN Election Observers Mission for El Salvador.

Jose has been ranked first in “The Most Outstanding Lawyer in Peru” of the Survey of Power conducted by Semana Económica in year 2002.

He was appointed as Ad-Hoc Satte Attorney of the Republic of Peru in several corruption cases. In Fujimori–Montesinos case (2000-2002) he organized an office with 3 deputy State Attorneys, a Financial Intelligence Unit and a team of 25 people. During his administration, around 200 judicial cases were opened against more than 1,500 members of the Fujimori’s network, Montesinos was captured in Venezuela in coordination with the FBI, as well as other 120 members of the organization including the former Attorney General, President of Congress, Supreme Court Justices, Electoral Magistrates, Broadcasters and 14 Generals of the Armed Forces an Police. In his mandate, US$205 million dollars were frozen abroad and US$150 million were recovered from USA, Switzerland, Grand Cayman and Peru.

In 2002 he was appointed President of PROETICA, the Peruvian chapter of Transparency International. In 2004 he was elected as Peruvian Eisenhower Fellow for the Multi – National Program (United States, March – May) and later that year, joined the Institutional Integrity Office of the World Bank (2004-2006).

Member of the group of experts for the “Second Session of the Ad Hoc Committee of the Negotiation of a United Nations Convention against Corruption” (2002).

Since 2008, he is member of the International Anticorruption Conference (IACC) council, and Individual Member of Transparency International. Representative of Transparency International at the expert meeting of the MESICIC (follow mechanism of the Interamerican Convention against Corruption, Washington DC, March 22, 2010).
Expert member of the working group that prepared the handbook for practitioners in Asset Recovery (World Bank/UN, Vienna – 2009, Marsella 2010).

Author of “Caiga quien Caiga”, chronicle of the experiences at the Special State Attorney office of the Fujimori and Montesinos case.

Since 2017 is part of the Accountability Panel at Wildlife Justice Commission.