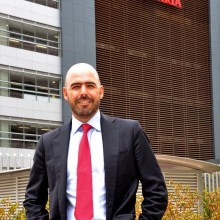 After getting his Master´s Degree in Public Policy at the Kennedy School of Government – Harvard University (2003), Jorge returned to Colombia and led the National Poultry and Egg industry Association for eight years. During his time as President of FENAVI, Jorge dealt with critical issues for the industry such as the negotiation of the Free Trade Agreement with the US, EU, multiple tax reforms, and the challenge to transform the relationship of the industry with the Colombian Government, Congress and multiple stakeholders. In 2011, he joined the team of Juan Carlos Pinzon, Minister of Defense of Colombia (MOD), and was appointed Viceminister of Defense for Policy and International Relations. During his time at the MOD, Jorge and his team contributed to fostering the alliances in defense and security of Colombia with the US, UK, UN, NATO, as well as with neighboring countries, and extended cooperation with Central American governments for combating narcotics and transnational crime, among many other responsibilities. In July 2015 after Minister Pinzon left office to become the new Colombian Ambassador to the US, Jorge left the Ministry and was appointed Director of the Bavaria Foundation and Sustainable Development, one of the most important nonprofit organizations in Colombia. He has led the efforts of the Foundation to contribute to the social and economic development of Colombia, especially for those people under extreme poverty and in areas affected by the armed conflict, as well as programs focused on implementing SDGs in Colombia. In January 2017, after the combination of SABMiller and ABinBev, and in addition to his role of Bavaria Foundation Director, Jorge was appointed Corporate Affairs Director for Colombia, Peru and Ecuador of the COPEC Zone of ABinBev. He and his team have the responsibility of implementing ABinBev´s Better World Strategy for bringing people together for a Better World. This strategy embraces multiple SDGs in areas related to health, water, recycling, responsible consumption, small farmers and improving livelihoods in vulnerable communities, adapted to the Colombian context. Jorge has a nine years old son.