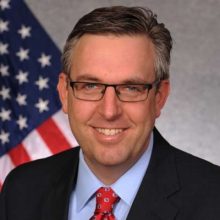 With more than 20 years of experience in international development, Jonathan Nash is responsible for overseeing and managing key aspects of the agency’s day-to-day operations, administration and programming, and advising the Millennium Challenge Corporation’s CEO or head of agency on program development, implementation, and oversight.

As Managing Director and Deputy Vice President of Infrastructure, Environment and Private Sector, Mr. Nash leveraged private-sector participation in the development and implementation of complex infrastructure projects across MCC’s investment portfolio. He has also supported and overseen the development, implementation, and management of dozens of compact projects in more than 40 MCC partner countries across Africa, Europe, Asia, Latin America, and the Pacific.

Prior to MCC, Mr. Nash served as a senior analyst at the Government Accountability Office, where he conducted performance audits of federally funded domestic and international environmental programs. He also served as a policy analyst with the Population, Health, and Environment Program of the Population Reference Bureau, where he worked on the development and facilitation of population and environment trainings for researchers, policymakers, and journalists from Latin America, Asia and Africa. During this time, he conducted research and authored several publications on population, health and environment issues in emerging economies.

Mr. Nash’s work in international development began in Honduras where he worked as a Peace Corps Volunteer on environmental education and wildlands management and helped set up health clinics.