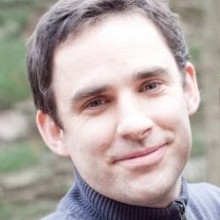 Jonah Wittkamper is the Co-Founder and Global Director of NEXUS, a global movement to increase and improve philanthropy by bridging communities of wealth and social entrepreneurship. The membership enjoys the participation over 3000 young people from 70 countries, including people from hundreds of the world’s most philanthropic families. In March of 2014, Wittkamper led the effort to convene the first White House Conference on Next Generation Philanthropy. Prior to co-founding NEXUS, Jonah served as the US Director of Search for Common Ground and was part of Distributive Networks Inc., where he helped to build the text messaging technology used by the 2008 Obama campaign. In 2000, Wittkamper co-founded the Global Youth Action Network (GYAN) to strengthen youth participation in global decision-making. As the organization grew it merged with TakingITGlobal (www.tigweb.org) to form the largest site on the Internet dedicated to empowering young leaders. (It receives nearly 2 million hits per day.) Earlier in his career, Wittkamper led an award winning student computing organization, founded two internet startups, and created a corporate social responsibility initiative in one of the world’s largest corporations. He has served as a co-founder, board member, or advisor to a number of organizations including Pioneers of Change, the ManyOne Foundation, the L. A. Jonas Foundation, the Shift Foundation, the Millennial Action Project and many others. He has presented all over the world on the subjects of youth, identity, pluralism, political participation, philanthropy, inter-generational family wealth and more. His work has ranged in context from the World Economic Forum to the World Social Forum, with presentations at diverse events including the Family Office Association, the Family Office Exchange, the New Economy Summit, the Evolution of Philanthropy project of the Council on Foundations and more. He is an alumnus of Williams College and Camp Rising Sun.