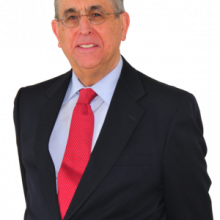 Under Mr. Sanbrailo’s leadership, PADF has rapidly grown to benefit more than 10 million disadvantaged people each year with an annual budget averaging over $50 million.  The Foundation specializes in improving livelihoods and generating employment, strengthening communities and civil society, promoting democracy and local governance, responding to natural disasters and humanitarian crises, and supporting regional development.  Its largest programs are in Haiti and Colombia with activities implemented throughout the Americas.

Prior to joining PADF, he served as USAID Mission Director in Ecuador, Peru, Honduras and El Salvador.  He has been a consultant for the Inter-American Development Bank, the World Bank, Latin American governments, corporations and non-governmental organizations.  He is a recognized leader in managing programs in areas undergoing civil strife or those impacted by natural disasters and mobilizing international agency and private contributions for rapid and high impact responses.  As an expert in working with non-governmental organizations and municipalities, he has had extensive experience developing public-private partnerships in support of national development and Inter-American cooperation.

Mr. Sanbrailo has Masters degrees in Public Administration and Economics from Harvard University and San Francisco State University, and a Bachelors degree in Economics from University of California at Berkeley. He is preparing a book on the history of United States assistance in Latin America.