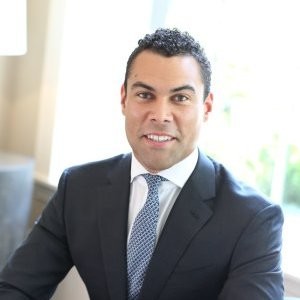 Prior to joining the DFC, Mr. Onwualu worked at SoFi, a leading fintech funded by SoftBank, Silver Lake and Qatar Investment Authority. During his time at SoFi he completed SoFi’s $1.2Bn acquisition of Galileo Financial Technologies as well as other international investments.

Mr. Onwualu began his career at Morgan Stanley where he left as a Vice President. During his time at Morgan Stanley, Mr. Onwualu served in several departments, including the firm’s Investment Banking Division, Capital Markets as well as the Emerging Markets team.

Mr. Onwualu is a proud first-generation immigrant, the son of a Nigerian entrepreneur. John’s passion to invest in the developing world comes after years of seeing his father build businesses in emerging markets.