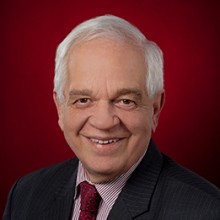 Minister of Immigration, Refugees and Citizenship of Canada

The Honourable John McCallum is a member of the Queen’s Privy Council for Canada, and is currently the Minister of Immigration, Refugees and Citizenship. He was appointed to this portfolio in November of 2015 by the Rt. Honourable Justin Trudeau, Prime Minister of Canada.

Mr. McCallum has previously served as Parliamentary Secretary to the Minister of Finance, Vice-Chair of the Standing Committee on Citizenship and Immigration, and member of the Standing Committee on Finance. He served as Secretary of State (International Financial Institutions) from January to May 2002. From May 2002 to December 2003, he served as Minister of National Defence and, in 2003, as Minister of Veterans Affairs. In July 2004, he was appointed Minister of National Revenue and Chair of the Expenditure Review Committee by Prime Minister Paul Martin. He recently served as the Critic for Citizenship and Immigration, Multiculturalism, and Seniors.

Before entering politics, Mr. McCallum was Senior Vice President and Chief Economist of the Royal Bank of Canada.

He is the author or co-author of eight books or monographs, and has written on fiscal and monetary issues, comparative macroeconomic performance of OECD countries, Canada-U.S. economic integration, and other economic issues.

A native of Montréal, Mr. McCallum obtained a Bachelor of Arts from Cambridge University, a Diplôme d’études supérieures from the Université de Paris, and a doctorate in economics from McGill University. Mr. McCallum and his wife, Nancy Lim, have three children.