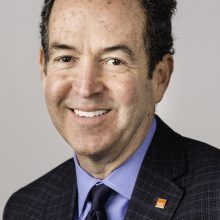 Joel R. Charny is the Executive Director of Norwegian Refugee Council (NRC) USA. He is responsible for providing overall leadership to the organization, which focuses on fundraising and humanitarian advocacy in the United States on behalf of Oslo-based NRC. NRC is one of the leading humanitarian agencies in the world responding to forced displacement due to conflict and natural disasters.

Prior to joining NRC USA in March 2016, Mr. Charny was the Vice President for Humanitarian Policy and Practice at InterAction, the alliance of U.S.-based relief and development organizations. He was responsible for leading InterAction’s work on humanitarian response, which involved engaging with the U.S. government, the United Nations, and member non-governmental organizations on both practical and policy matters, including funding availability, impact and effectiveness, and reform efforts in the sector.

Prior to joining InterAction in October 2010, Mr. Charny was the Vice President for Policy with Refugees International, a Washington-based humanitarian advocacy organization. In his tenure with Refugees International he conducted humanitarian assessment missions to Pakistan in the aftermath of 9/11, the Democratic Republic of the Congo, Rwanda, the Chinese border with North Korea, Indonesia and Sri Lanka in the aftermath of the tsunami, the Central African Republic, Burma, Syria, Kenya and Sudan.

Mr. Charny joined Refugees International in July 2000 after working for four years in Cambodia as Deputy Program Manager with the CARERE project of the United Nations Development Program. Prior to working for the UNDP in Cambodia, Mr. Charny spent sixteen years with Oxfam America, a relief and development organization based in Boston. He first worked inside Cambodia during the famine emergency there in 1980 and went on to manage the agency’s work in Southeast Asia and the wider Asia region. In 1989 he became Overseas Director and in 1994 Policy Director.

Mr. Charny is the author of Acts of Betrayal: The Challenge of Protecting North Korean Refugees in China, published by Refugees International in 2005. He is also the author of articles on humanitarian issues in volumes published by Kumerian Press and the Brookings Institution, as well as articles for The New York Times, The Los Angeles Times, The Boston Globe, The Economist, The Asian Wall Street Journal, The Christian Science Monitor, Forced Migration Review, and Harvard International Review.

He has an A.B degree in European History from Brown University and a Masters degree in international education from the Harvard Graduate School of Education.