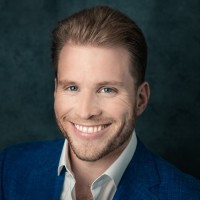 Joe Lonsdale is the managing partner at 8VC, a US-based venture capital firm that manages several billion dollars in committed capital. He was an early institutional investor in many notable companies including Oculus (acq.Facebook), Guardant Health (NASDAQ: GH), Oscar (NYSE: OSCR), Illumio, Anduril, Wish (NASDAQ: WISH), JoyTunes, Blend, Flexport, Joby Aviation, Orca Bio, Qualia, Synthego, RelateIQ (acq.Salesforce), and many others. Joe has been on the Forbes 100 Midas List since 2016 and was the youngest member included in 2016 and 2017.Before focusing on institutional investing, Joe co-founded Palantir (NASDAQ: PLTR) a global software company known for its work in defense and other industries, as well as for providing the platform to run the COVID-19 common operating picture for key decision makers in over 35 countries. After Palantir, he founded and remains as Chairman of both Addepar, which has over $2.5 trillion managed on its wealth management technology platform, and OpenGov, which provides software for over 2,000 municipalities and state agencies. More recently, he is also a co-founder of Affinity, Epirus, Esper, Swiftscale Bio, Resilience Bio, and other mission-driven technology companies, which he continues to create with his team out of the 8VC Build program. Joe began his career as an early executive at Clarium Capital, which he helped grow into a large global macro hedge fund. He also worked with PayPal while he attended Stanford.