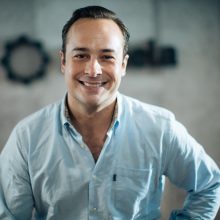 Jeremy is the CEO and co-founder of Andela, a company founded on the idea that brilliance is evenly distributed. With that as their backbone, Andela invests in Africa’s most talented software developers to help companies build high-performing engineering teams. Prior to founding Andela, Jeremy co-founded 2U, one of the world’s fastest growing education technology startups. 2U went public in 2014 (NASDAQ:TWOU) and continues to transform higher education by delivering the world’s best online degree programs with top tier universities. Jeremy is recognized broadly for his work as an education innovator. His speaking appearances include leading technology conferences and academic institutions around the world as well as media outlets like NBC, CNN and CNBC. Jeremy was named “30 Under 30” by Inc. Magazine in 2012 and Forbes in 2013 and 2014.