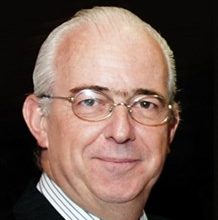 Economist of the University College of Nuestra Señora del Rosario, in Bogotá and has a Master’s Degree (MSC) in Agricultural Economics from the University of Cornell, specializing in Production Economics, Marketing and Finance.

His professional life has been developed in management organizations in academia, banking and agribusiness development in Colombia as the National Federation of Coffee Growers of Colombia and the National Federation of Palm Oil of Colombia Fedepalma. He is currently also a member, among others, of the Boards of Directors of the Colombian Farmers Society (SAC), the Institute of Political Science (ICP), Cenipalma, the Superior Council of the University of La Sabana and the Colombian Business Council for the Sustainable Development (CECODES). Personally, he develops small agricultural enterprises in coffee, bananas, dairy and meat. In 2017 he held the position of Vice President in the National Trade Union Council, a year in which he also received the distinction of Best Trade Union Leader by the Politika Portal.

In the 25 years that he has been the Executive President of Fedepalma, the palm oil sector has multiplied fourfold. In addition, the Federation has had a very important institutional consolidation under its direction, including, among many others, the creation of the Research Center in Palma de Aceite, Cenipalma, which has given the Colombian palm sector important achievements in the fields of development technological and innovation. Initiatives that he has led in the field of alternative energies, starting from the agro-industry of the oil palm, include the National Biodiesel Program, unique in the world as it uses mixtures of up to 10% in the entire automotive fleet of the country ; the implementation of the Project for the capture and utilization of the methane gas produced in the wastewater treatment systems of the palm fruit beneficiation plants of the country and the generation of electric power from the biomass of the palm, which is Developing; and the promotion of the inclusive business model of the Strategic Productive Alliances in oil palm, where small producers ally themselves with an anchor company for the development of their productive activity.