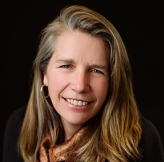 As President and CEO of Internews, Jeanne Bourgault leads the strategic management of the organization and its programs around the world. Bourgault previously served as Internews’ Chief Operating Officer; she joined Internews in 2001 as Vice President for Programs.

Bourgault has overseen Internews’ growth in areas underserved by local media, such as Afghanistan, South Sudan, and under her leadership Internews has led the sector in focusing on the need for information amid crises, working to support local news and information access for communities affected by disaster, including the 2005 Asian Tsunami and the 2010 Haiti earthquake.

Prior to Internews, Bourgault worked internationally in countries undergoing dramatic shifts in media and political landscapes. Bourgault worked in the former Yugoslavia, serving as a strategic advisor for media development programs in post-war Kosovo, as well as manager of community development projects in Serbia and Montenegro through the fall of Slobodan Milosevic. She served for six years with the U.S. Agency for International Development, including three years at the U.S. Embassy in Moscow. In Moscow, Bourgault managed a $250 million portfolio of democracy assistance and educational exchange programs through a period of intense democratic transition.

Bourgault has consulted on international program design and evaluation for the Open Society Institute, the Rockefeller Brothers Fund, the Charles Stewart Mott Foundation, the Ford Foundation, the Research Triangle Institute, and the United Nations Centre for Human Rights, among others.

Bourgault speaks on issues of global news, information technology, media development and democracy assistance worldwide, including venues such as the Skoll World Forum, Guardian Activate in New York, the Clinton Global Initiative and the World Economic Forum in Davos. Ms. Bourgault has testified before the Foreign Operations Subcommittee of the US House Appropriations Committee on several occasions. She serves on the Media, Entertainment, and Information Industries Steering Committee for the World Economic Forum, the Steering Committee of the Global Forum for Media Development and World Learning’s Global Advisory Council.

When not traveling for Internews, Bourgault enjoys camping, hiking and supporting local farmers in cooking for her family and friends. She is also active in local politics and community affairs.

Bourgault speaks very rusty Russian and holds a Master of Arts in International Studies and a Masters in Public Affairs from the University of Washington.