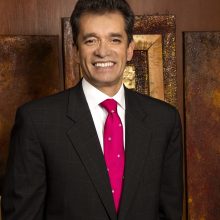 He has also served as Chair Professor in the areas of Foreign Trade and International Policy at the National University of Colombia, Externado and Jorge Tadeo Lozano. Among other professional and academic activities, he belongs to the Board of Directors of: Fiducoldex, Alpopular, Procolombia, Banco Popular, Corporación Colombia Internacional, Smurfit Kappa and is part of the National Trade Union Council.

– Member of the advisory team of the Government in the negotiations of the treaty with Mexico and Venezuela G-3.

– Participant, as representative of the private sector, in the FTA negotiations with the United States and with the European Union.

– Coordinator in Colombia of the Al Invest IV Program of the European Union.