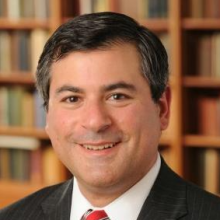 Jason Bordoff joined the Columbia faculty after serving until January 2013 as Special Assistant to the President and Senior Director for Energy and Climate Change on the Staff of the National Security Council, and, prior to that, holding senior policy positions on the White House’s National Economic Council and Council on Environmental Quality. One of the world’s top energy policy experts, he joined the Administration in April 2009. At Columbia’s School of International and Public Affairs, Bordoff is a professor of professional practice and serves as founding Director of SIPA’s Center on Global Energy Policy. Bordoff’s research and policy interests lie at the intersection of economics, energy, environment, and national security. He is a frequent commentator on TV and radio, including NPR, Bloomberg, CNBC and BBC, has appeared on the Colbert Report, and has published in the New York Times, Wall Street Journal, Financial Times and other leading news outlets. Prior to joining the White House, Bordoff was the Policy Director of the Hamilton Project, an economic policy initiative housed at the Brookings Institution. He is a member of the Council on Foreign Relations and the National Petroleum Council, a consultant to the National Intelligence Council, and serves on the boards of Winrock International (a leading nonprofit organization that works to empower the disadvantaged, increase economic opportunity, and sustain natural resources), the New York Energy Forum and the Association of Marshall Scholars. During the Clinton Administration, Bordoff served as an advisor to the Deputy Secretary of the U.S. Treasury Department. He was also a consultant with McKinsey & Company, one of the leading global strategy consultancies. Bordoff graduated with honors from Harvard Law School, where he was treasurer and an editor of the Harvard Law Review, and clerked on the U.S. Court of Appeals for the D.C. Circuit. He also holds an MLitt degree from Oxford University, where he studied as a Marshall Scholar, and a BA magna cum laude and Phi Beta Kappa from Brown University.