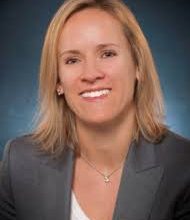 Jane joined Walmart in 2012 as a Senior Vice President for the International division. In 2013, she transitioned to the Walmart U.S. merchandising business before being asked to lead the U.S. Business Development team responsible for initiatives such as In-Store General Merchandise Pickup and Supercenter Reinvention.
Prior to her current role, Jane led the U.S. Digital Acceleration team where she was charged with developing strategy and solutions to provide a seamless shopping experience for customers by integrating Walmart’s growing digital presence with the company’s U.S. stores.

Before joining Walmart, Jane spent 20 years with Diageo PLC, where she held various leadership roles including leading in the Middle East, South Africa and Global Travel Business.
Jane is passionate about inclusion, developing talent and supporting our next generation of leaders. In 2016, she served as the Chair of the President’s Global Council for Women Leaders and as the co-chair for the newly-formed President’s Inclusion Council in 2017.