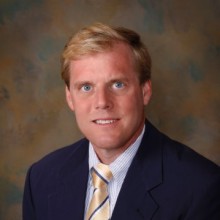 James M. Proctor, II serves as Senior Vice President and General Counsel of McWane, Inc. Mr. Proctor joined the company as general counsel in 1995.  Prior to coming to McWane, he was a shareholder of the law firm of Maynard, Cooper & Gale, PC in Birmingham, where he specialized in commercial litigation.

Mr. Proctor was named to Law & Politics’ List of Alabama Super Lawyers and Birmingham Business Journal’s Who’s Who in Law and Accounting 2006.