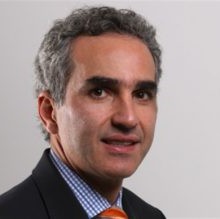 Jaime Murra is the President of Diana Group, a family owned Colombian holding group with main interest in Consumer Goods, Beverages and Real State. Prior to this he was the CEO of Diana Corporation, sixth largest consumer goods company in Colombia, and the largest rice milling firm in the country. He was an associate at JP Morgan Chase after graduating from his Masters at Stanford Business School and prior to returning to his home country in 2001.