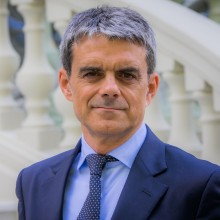 Chairman of the AMERICAN CHAMBER OF COMMERCE IN SPAIN (AmChamSpain – www.amchamspain.com) since 2002, consistently re-elected once every three years by the members (last May 2017). Founded 100 years ago, in 1917, and member of Amchams’ worldwide network, AmChamSpain has around 300 member companies – large US multinationals, most of the largest Spanish corporations and SMEs from both countries – which have a combined turnover just in Spain equal to 24% of the Spanish GDP. Throughout his long term in office, Mr. Malet has re-built entirely the entity. Today AmchamSpain is not only a key actor in the US-Spain business and political relations, but also one of the leading business advocacy groups with more than 350 high level executives of member companies working pro bono in 12 different committees. AmchamSpain is a strong voice towards a more competitive, productive and international model for the Spanish economy.

Mr. Malet holds a Law Degree (JD) at the University of Barcelona Law School (1982-1987); a Master’s Degree (LL.M.) in International Law and Economics at the University of Houston Law School (1987-1989); a Master’s Degree (AGT) in Tax at ESADE business School; and a Senior Advanced Business Program (PADE) at IESE Business School(2001-2002). He started his career in Arthur Andersen.

He is happily married since 1997 and proud father of two children.