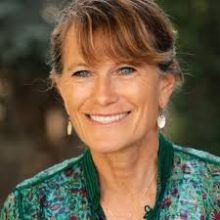 Jacqueline Novogratz is the Founder and CEO of Acumen. Acumen is changing the way the world tackles poverty by investing in companies and leaders with character, competence and moral leadership. Acumen invests pioneering philanthropic capital in sustainable businesses addressing the toughest problems of poverty. Under Jacqueline’s leadership, Acumen has invested $115 million in 113 companies providing critical goods and services to more than 270 million low-income people across Africa, Latin America, South Asia and the United States. Acumen also has launched KawiSafi, an impact fund focused on off-grid solar in East Africa and is in the process of building several other for-profit facilities.

Acumen also cultivates a new kind of leader through its Fellows Programs and +Acumen, its online school for social change. To date, the organization has built a corps of 500+ Fellows. More than 450,000 individuals from 192 countries have taken +Acumen’s online courses. Acumen is now reimagining a global university designed to integrate the transformational depth of its fellowships with the scale of +Acumen to equip thousands of young changemakers with the tools and ecosystem to lead in today’s world.

Jacqueline sits on the board of the Aspen Institute. Her best-selling memoir The Blue Sweater chronicles her quest to understand poverty and bring dignity to the poor. In 2017, Forbes listed Jacqueline as one of the World’s 100 Greatest Living Business Minds.