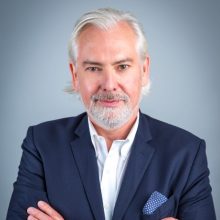 Mr. Olczak was appointed Chief Executive Officer of Philip Morris International (PMI) in May 2021. Prior to his appointment as Chief Executive Officer, he served as PMI’s Chief Operating Officer from January 2018, having formerly been Chief Financial Officer between August 2012 and January 2018. Mr. Olczak is committed to delivering PMI’s smoke-free future and has been a key driver of PMI’s commercial transformation. He also led PMI’s internal transformation, developing it from being a primarily business-to-business company to an increasingly business-to-consumer company. Mr. Olczak’s deep institutional and industry knowledge will prove invaluable in his position as CEO. His experience brings expertise and awareness of PMI’s products, systems, and values—as well as a deep understanding of the regulatory environment in which PMI operates. Mr. Olczak began his career with PMI in 1993. He started in finance and general management positions across Europe, including as Managing Director of PMI’s markets in Poland and Germany and as President of the European Union Region, before being appointed Chief Financial Officer in 2012. Prior to joining PMI, Mr. Olczak worked for BDO Binder Sp. z o.o. in London and Warsaw. Mr. Olczak holds a master’s degree in economics from the University of Lodz, Poland.