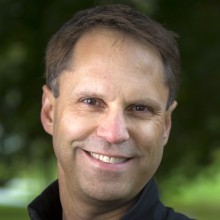 J. Carl Ganter is founder and director of Circle of Blue, the center for frontline reporting, research, and analysis on water resource issues and their relationship to food and energy in a changing climate. Ganter is an award-winning journalist, broadcaster, and photojournalist whose work has appeared in most major magazines, newspapers, and television and radio networks. He earned his MSJ in investigative and magazine reporting at Northwestern University’s Medill School of Journalism after graduating with honors from the University’s American Studies Program. He is past vice chairman of the World Economic Forum Global Agenda Council on Water Security, is current member of the Forum’s Global Future Council on the Environment, and is recipient of the Rockefeller Foundation Centennial Innovation Award.