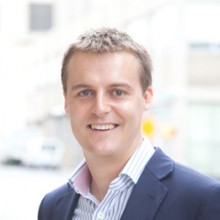 “If there is a prodigy in the world of philanthropy, Hugh Evans fits the bill.” – The New York Times

HUGH EVANS is an Australian humanitarian and an internationally renowned development advocate. Hugh is the CEO of The Global Poverty Project.

Hugh Evans’ passion for poverty eradication was sparked at the age of 14 while on a World Vision trip in the Philippines. Living with his host family in a Manila Slum, Hugh was struck by the injustice of a world in which birthplace determines your life prospects. The abject poverty Hugh was exposed to Manila, and his experiences in India the following year, led him to begin his work challenging the status quo of extreme poverty.

Following a trip to South Africa in 2002 as World Vision’s inaugural Youth Ambassador, Hugh co-founded the Oaktree Foundation; Australia’s first youth-run aid organization, with a mission to bring young people together to see an end to global poverty. Oaktree’s success under Hugh’s guidance as Director, led to Hugh being named Young Australian of the Year (2004) and Junior Chamber International Person of the World (2005).

Hugh then worked to grow the Make Poverty History campaign in Australia, helping to run the 2006 Make Poverty History Concert fronted by U2 singer Bono. The 2007 Make Poverty History Roadtrip saw campaign images projected onto the sails of the Sydney Opera House. The impact of these campaigns were credited with playing a key role in the Government’s decision to increase its committed foreign aid budget from 0.3% of Gross National Income by 2015 to 0.5% of Gross National Income by 2015, resulting in an additional $4.3 billion per annum invested in the world’s poorest people.

In 2008, with grants from the United Nations, Australian government and British government, Hugh built his impact in the aid and development sector, co-founding The Global Poverty Project (GPP). GPP is an education and advocacy organization committed to increasing the number and effectiveness of individuals taking action to end extreme poverty. GPP launched in Australia in 2009 and has expanded to New Zealand, the United Kingdom, USA and Canada. In 2010 it helped launch the million dollar, international fundraising campaign Live Below the Line, and in 2011 Global Poverty Project worked alongside the Bill & Melinda Gates foundation to execute The End of Polio campaign which leveraged $118 million in funds to eradicate Polio.

In August 2012, GPP launched the annual Global Citizen Festival — a free ticketed music event on the Great Lawn of New York City’s Central Park that coincides with the UN General Assembly meeting in September. Free tickets to the Festival are available to global citizens who join the movement to end extreme poverty by 2030, and take “action” to earn their admission. Over the last four years, global citizens have taken nearly 3 million actions in the fight against extreme poverty. These actions have resulted in 87 commitments and policy announcements, including cash commitments valued at U.S. $18.3 billion.
Headliners of the Global Citizen Festival include: in 2015, Pearl Jam, Beyoncé, Ed Sheeran, Coldplay; in 2014, JAY Z (with special guest Beyoncé), No Doubt, fun., Carrie Underwood, The Roots, Tiësto; in 2013, Stevie Wonder, John Mayer, Alicia Keys, Kings of Leon; in 2012, Neil Young with Crazy Horse, Foo Fighters, The Black Keys, John Legend, and Band of Horses. In April 2015, Global Citizen hosted ‘Global Citizen 2015 Earth Day’ in partnership with Earth Day Network, which brought No Doubt, Usher, Mary J. Blige, Fall Out Boy and more to the National Mall in Washington D.C.
Hugh frequently appears on MSNBC, CNN, Bloomberg, and CBS This Morning to provide expert commentary on current events related to extreme poverty. He has spoken at the Forbes 400 Philanthropy Summit, Mashable’s Social Good Summit, SXSW, Davos and numerous international conferences. He was featured on Forbes 30 Under 30 in 2012, was named as one of Fast Company’s 100 Most Creative People in Business in 2014, and received the GQ Man of the Year Award for Chivalry in 2014.