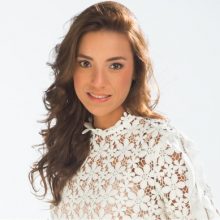 Ana Irene Delgado was appointed Panama’s Ambassador to the UK at just 27 and now is a Senator of the Republic of Panama. Her constituency is the biggest in size in the Country, Chepo, Chimán, Balboa, Taboga. Delgado was the first Panama Ambassador Ireland and also Ambassador to Iceland and Norway. She was Panama Permanent Representative to the International Maritime Organization (IMO) and Vice President of the Assembly.

Ana Irene Delgado is currently the Vice President of the International Fencing Federation (FIE). She is also the head of both Ethical and environmental committees within the FIE. Ana Irene Delgado is a partner at the Panama Law Firm, Solis, Endara, Delgado  and opened the London office of one of the country’s leading firms. One of the partners of her Law firm was President of the Republic having also many other who were Foreign Secretary, Supreme Court Judges, Senior Ministers. Delgado was part of Panama National team for Modern Pentathlon and Fencing. She was Panamerican Champion, Bolivarian and Central American Champion for both Fencing and Modern Pentathlon.

Delgado leads Fundacion La Providencia in Panama, an NGO that looks after social responsibility thru art and education to the un privilege communities, including two indigenous groups, Embera and Embera Wounan.

Delgado was Board member of New York University for eight consecutive years and is an active contributor to NYU Worldwide activities. She is a recipient of the Constantine Order of Saint George as a Dame. Delgado is also a recipient of Accademia Internazionale di Scienze Sociali per L’Industria, il Commercio e L’Artigianato de Palermo as an Accademico. She is an active member of the Panamanian Association of Friendship with the People’s Republic of China; The Panama Bar Association, Movimiento de Abogados Gremialistas (Her father is the Founder), Panamanian chamber of Commerce, British Panama Chamber of Commerce, and Panamanian Association of Executives and Industrialists (APEDE) and the Panama Representative of the Iberoamerican Institute of Law and Finance. Advisor to Euro partnerships.