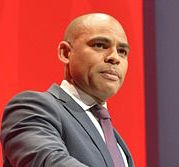 Marvin Rees is the elected Mayor of Bristol.

Marvin was born and brought up in Bristol by his mother, spending time in Lawrence Weston and Easton – two of the most deprived wards in the city.

From this background Marvin went on to study in both the UK the US. He read Economic History and Politics at Swansea University, later achieving a Master’s degree in Political theory and Government.

Throughout his career Marvin has worked in diverse areas. Beginning at a UK international Christian aid agency and other voluntary sector roles he then developed his skills in Washington D.C. helping to organise the response of faith-based organisations to President Bill Clinton’s Welfare Reform Bill.

His career then encompassed Public Health while working as a programme manager for the NHS focused on delivering Race Equality in Mental Healthcare for Bristol, South Gloucestershire and North Somerset.

Marvin also worked in Radio broadcasting, becoming a Broadcast Journalist for the BBC Radio Bristol, and still occasionally features on major and local community radio broadcast stations such as BBC Radio 5 Live, UJIMA and Bristol Community FM.
His determination to improve opportunities for young people from disadvantaged backgrounds led him to found the City Leadership Programme in 2012, which invests in the personal development and training for future leaders, and continues as its director. Marvin himself is a graduate of Operation Black Vote and the Labour Future Candidate programme.
When he was elected Mayor of Bristol in May 2016 he became the first ever Mayor of Black African-Caribbean descent of a European City.

Marvin has pledged to make Bristol a fairer city for all. His priorities are to tackle Bristol’s housing crisis by building more homes and protecting private, improve transport and people flow across the city, ensure early intervention in health and well-being and progress social mobility through access to education and skills.

He has developed the ‘City Office’ for Bristol, bringing together the organisations and groups with the largest footprint in the city to better work together and coordinate solutions to the problems facing the city as a whole.
Marvin lives in Easton with his wife Kirsten, a Wellbeing coach, and their 3 children; two boys, Caleb and Levi and a daughter Eden.