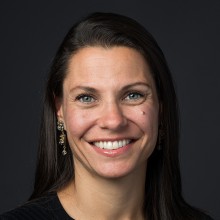 Fialkoff served as the Inauguration Chair for Mayor de Blasio, overseeing all aspects of the 5-day Inaugural festivities.   She was the Finance Chair for de Blasio’s winning campaigns for Mayor in 2013 and Public Advocate of New York City in 2009.

From 2002-2014, Fialkoff served as President and Chief Operating Officer of Haskell Jewels, LLC, a leading designer, marketer and distributor of costume jewelry and watches. During her tenure as president and COO, the company experienced rapid growth as she and the leadership team executed a strategic vision of acquiring new brands through acquisition and pursuing licensing opportunities. Under her leadership, the company signed licensing deals with Kenneth Cole, Vera Wang, Betsey Johnson and Diane Von Furstenberg among others, while developing the company’s proprietary brand Miriam Haskell and acquiring MW Samara and Robert Lee Morris. Haskell is the industry leader in the fashion jewelry category to the department store channel and other national retailers throughout the US.

Prior to joining Haskell Jewels, Fialkoff was a top political aide to numerous Democratic officials, including serving as Finance Director for Hillary Rodham Clinton’s historic Senate race in 2000. Fialkoff was also active in the Clinton/Gore campaigns of 1992 and 1996. Fialkoff continues her involvement in politics today, regularly volunteering for Democratic candidates during election times.

Fialkoff currently serves as Vice Chair of the Mayor’s Fund to Advance New York City, as the Mayor’s appointee to the Board of the Museum of Modern Art, and is involved in several charitable organizations.  Fialkoff formerly sat on the Board of the Accessories Council, a not-for-profit, national advocacy organization established to stimulate consumer awareness and demand for fashion accessory products and the Board of the Fashion Jewelry and Accessories Trade Association (FJATA). Fialkoff holds a degree in History and Political Science from Colgate University and resides in New York City with her family.