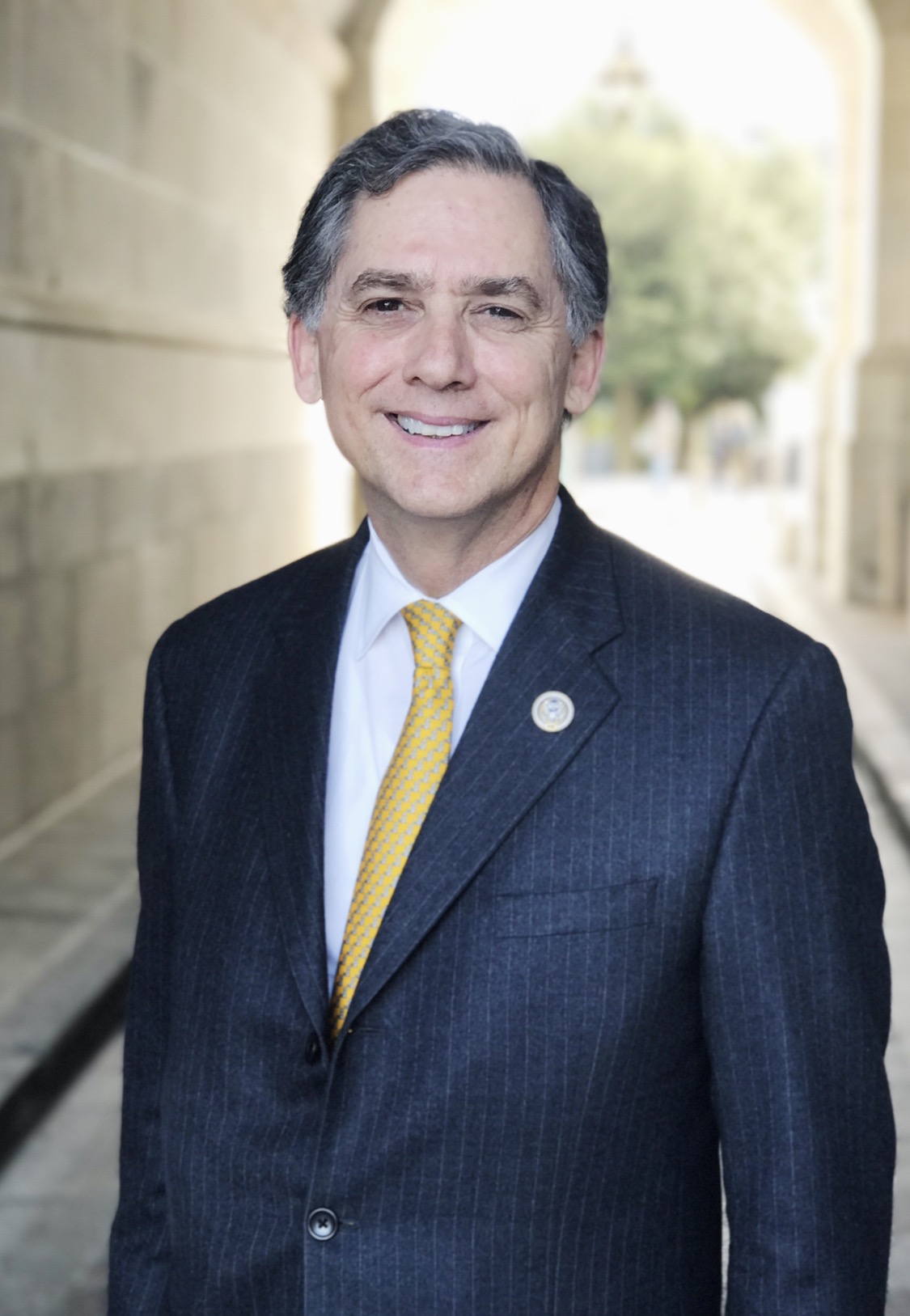 A ninth generation Arkansan, French Hill is the 22nd Member of Congress to represent central Arkansas in the U.S. House of Representatives. He was elected on November 4, 2014, and began his first congressional term in the 114th Congress on January 3, 2015. He won reelection to serve in the 115th and 116th sessions of Congress.

He is a member of the U.S. House Committee on Financial Services where he serves as Ranking Member of the Subcommittee on National Security, International Development, and Monetary Policy. Rep. Hill serves alongside Senator Pat Toomey (R-Pa.), Congresswoman Donna Shalala (D-Fla.), and Bharat Ramamurti on the Congressional Oversight Commission established by the CARES Act. In 2019, Rep. Hill was selected to be a member of the United States-Mexico-Canada Agreement (USMCA) Republican House Whip Team.

Prior to his congressional service, Rep. Hill was actively engaged in the Arkansas business community for two decades as a commercial banker and investment manager. He was founder, chairman, and chief executive officer of Delta Trust & Banking Corp., which was headquartered in Little Rock and recently merged with Arkansas-based Simmons First National Corp.

Prior to his community banking work in Arkansas, Rep. Hill served as a senior official in the administration of President George H.W. Bush. From 1989 until 1991, Rep. Hill served as Deputy Assistant Secretary of the Treasury for Corporate Finance, where one of his key assignments was representing the United States as a negotiator in the historic bilateral talks with Japan known as the Structural Impediments Initiative (SII).

After the fall of the Berlin Wall, Rep. Hill led the design of U.S. technical assistance to the emerging economies of eastern and central Europe in the areas of banking and securities. In 1991, at the age of 34, President Bush appointed Mr. Hill to be Executive Secretary to the President’s Economic Policy Council (EPC), where he coordinated all White House economic policy. For his leadership and service at the Treasury and the White House, Rep. Hill was awarded the Distinguished Service Award by U.S. Secretary of the Treasury Nicholas Brady in January 1993. Prior to his Executive Branch Service, from 1982 until 1984, Rep. Hill served on the staff of then-U.S. Senator John Tower (R-TX) as well as on the staff of the U.S. Senate Committee on Banking, Housing, & Urban Affairs.

Throughout his career, Rep. Hill has been active in civic affairs. He is a past president of the Rotary Club of Little Rock and served as the 2013 chairman of the Little Rock Regional Chamber of Commerce.

He has received numerous awards and recognition for his long-time support of the Boy Scouts of America, the arts and humanities, tourism, and historic preservation in Arkansas. He is an avid outdoorsman, boy scout, and spends recreational time outside hiking, fishing, and more.