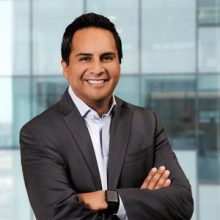 Dan Pabon is an experienced former State Representative with a demonstrated history of working with stakeholders across a large number of industries. He joins Medicine Man Technologies with an expertise on emerging regulatory systems, legal research, and legislative relations. He previously served as VP of Sewald Hanfling Public Affairs and prior to that, was an attorney at Feldmann Nagel, LLC. He was a Colorado State Representative from 2011 – 2019 and represented House District 4, which encompasses North and West Denver. He also served as Deputy Whip, Assistant Majority Leader, Speaker Pro Tempore, and Chair of the House Finance Committee of the Colorado House of Representatives, in addition to serving on numerous House Committees. Pabon received his law degree at the University of Colorado Law School.