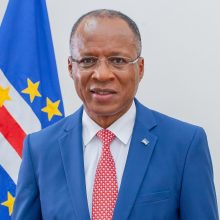 His Excellency Jose Ulisses de Pina Correia e Silva is the fifth Prime Minister of the Republic of Cabo Verde and is also President of Movement for Democracy (MPD), the country’s majority party.

Since becoming the head of government in April 2016, Prime Minister Correia e Silva has led Cabo Verde along the path of sustained economic growth and critical political reform. Early domestic indicators of success include: Significant surges in GDP growth with corresponding reductions in public debt; a rapid influx of foreign direct investment and tourism activity; declining unemployment rates; and expanded educational and entrepreneurial opportunities for citizens. The Prime Minister has also championed a pragmatic, regional approach to problem-solving and forged unprecedented partnerships with municipal leaders.

Internationally, Prime Minister Correia e Silva has been instrumental in building Cabo Verde’s reputation as the historic crossroads of Africa, the Americas, and Europe while simultaneously strengthening its emerging strategic value for transatlantic collaboration. In July 2018, Cabo Verde presided over the annual Summit of the Community of Portuguese Speaking Countries and will lead the Community for the next two years.

Prior to becoming Prime Minister, Mr. Correia e Silva was the Mayor of Praia, Cabo Verde’s largest city and capital. During his two terms and eight years in office, Praia experienced an economic and cultural renaissance, ultimately leading to his reception of the 2015 African Mayor Award.
Mr. Correia e Silva began his professional career in 1989 at Banco de Cabo Verde, the country’s central bank, where he rose to the position of Managing Director. He was later appointed Deputy Minister of Finance and soon thereafter Minister of Finance, the youngest person to hold that position. In 2001, he was first elected as a member of the National Assembly representing MPD and became Minority Leader in 2008\.

The Prime Minister has a degree in Business Organization and Management from the Technical University of Lisbon, School of Economics. He also taught for nearly a decade at the University of Jean Piaget, the first private institution of higher education established in Cabo Verde. He is married to Elsa Correia e Silva and they have two children.