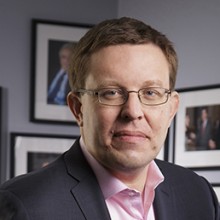 As Executive Director of 92nd Street Y, Henry creates programs and movements that foster learning, civic responsibility, culture and innovation, both in New York City and around the world. He is the founder of #GivingTuesday, a global philanthropic movement that engages more than 27,000 partners  worldwide and was awarded a Cannes Lion at the International Festival of Creativity; a PRWeek Global Award for Nonprofit Campaign of the Year; and the inaugural UJA-Federation Riklis Prize in Agency Entrepreneurship.

Henry also co-founded the annual Social Good Summit, which pioneered a new, inclusive summit model that opened up the critical discussions held during UN week to a much wider audience and led to concurrent gatherings around the world. As an extension of the Social Good Summit, Henry led the team that developed a MOOC (massive open online course) called “How to Change the World,” offered with Wesleyan University; 51,000 students participated in its first year.

Henry’s work has been profiled in publications like the Harvard Business Review, and his most recent thinking with Jeremy Heimans on “new power” was featured as the Big Idea in HBR and by CNN as one of the ten top ideas to change the world in 2015. Henry is a Practitioner-in-Residence at the Stanford University Center on Philanthropy and Civil Society, a faculty member of the GovLab Academy and a member of the World Economic Forum’s Network of Global Agenda Councils. Henry was named the NonProfit Times Influencer of the Year in 2014 and was honored as one of Crain’s New York Business 40 under 40 in 2015.