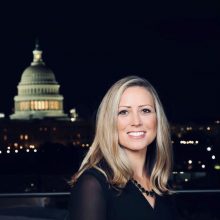 Heather C. Fischer is the senior advisor for human rights crimes at Thomson Reuters Special Services. In this capacity, Fischer advises on the company strategy to protect human rights and combat crimes of exploitation. Previously, Fischer served as the White House special advisor for human trafficking. During her detail assignment at the White House from the US Department of Justice, she served as the human trafficking coordinator for the Executive Office of the President and the President’s Interagency Task Force to Monitor and Combat Trafficking in Persons to prevent and address all forms of human trafficking. Fischer was also special advisor to the Ambassador-at-Large in the Office of the Under Secretary for Civilian Security, Democracy, and Human Rights, Office to Monitor and Combat Trafficking in Persons (J/TIP) at the US Department of State.

Before joining the US State Department, Fischer served as a subject matter expert on human trafficking at the McCain Institute for International Leadership. While at the McCain Institute, she implemented a national prevention action plan in partnership with key federal, state, and non-profit stakeholders. Additionally, Fischer instituted a public-private partnership with the US Department of Health and Human Services Administration for Children and Families and co-authored a nationwide Justice Sector report with community-based solutions to address human trafficking in the United States. Before joining the McCain Institute, Fischer was the mobilization and partnership strategist at Love146, where she managed government, major corporation, and community partnerships to combat child trafficking and exploitation globally.

Fischer is currently in the Executive Master of International Relations program at the Maxwell School of Citizenship and Public Affairs at Syracuse University and the Center for Strategic and International Studies (CSIS) in Washington, DC.