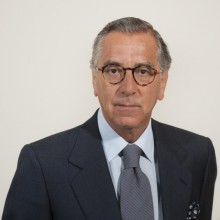 Ambassador of Colombia to the United Kingdom

His Excellency Mr Néstor Osorio Ambassador to the United Kingdom since February 2014.

Former Ambassador to the U.N. in New York, represented Colombia for two years in the Security Council. In 2013, was President of the Economic and Social Council.

Executive Director of the International Coffee Organization (ICO) from 2002 to 2010 in London.

First Ambassador, Permanent Representative to the WTO in Geneva between 1994 and 1999.