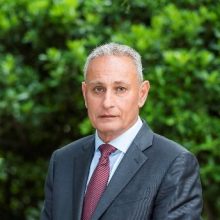 Secretary-General, Union for the Mediterranean

Nasser Kamel is the Secretary-General of the Union for the Mediterranean since June 2018.

Mr. Kamel studied Political Science at Brussels University (1977-1979) and Cairo University’s Faculty of Economics and Political Science, obtaining his bachelor’s degree in 1981. He graduated from the Diplomatic Institute – Ministry of Foreign Affairs in Cairo (1981-1982) and the École Nationale d’Administration (ENA) in Paris (1982-1983).

He holds the title of Grand Officier de l’Ordre National du Mérite of the Republic of France and has also received decorations from the Kingdom of Belgium and the Republic of Portugal.

He is fluent in Arabic, English and French. He is married and has two children.