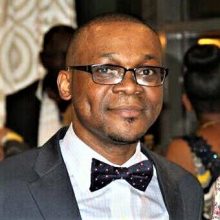 Vice-Minister of Health and Social Welfare, Government of Equatorial Guinea

A writer, economist, and public policy advocate, Mitoha Ondo’o Ayekaba is the current Vice Minister of Health and Social Welfare in Equatorial Guinea. Previously he had been Corporate Social Responsibility (CSR) Coordinator at the oil company Marathon EG Production Ltd (MEGPL), where he led FDA-approved clinical trials into eradicating malaria. His work has been recognized and published in the American Journal of Tropical Medicine and Hygiene.

Prior to this, he worked as MEGPL’s Business Coordinator since 2009, serving as the Resident Manager’s main advisor for the best social investment strategy and engagement with the local government. He led the production of the company’s first Enterprise Risk Management System. In 2012, he was promoted as MEGPL’s CSR Coordinator, and has worked closely with the International NGO, Medical Care Development International (MCDI) in the successful implementation of the Bioko Island Malaria Control Project (BIMCP). With the hope of eradicating malaria from the Bioko Island and the entire country, Mitoha and MCDI personnel, coordinated the efforts to have the country join the international consortium of the PfPZ vaccine and to create and fund the Equatorial Guinea Malaria Vaccine Initiative (EGMVI), another multi-million-dollar project also operating under an NGO Public Private Partnership mechanism between various oil companies (MEGPL, Noble Energy and AMPCO) with the government of Equatorial Guinea and having MCDI as the implementing partner.

Mitoha has taught natural resource economics as a Drexel University affiliate faculty member and gender and feminism courses as a Teacher Assistant at the University of Washington. Some of his fiction writing have appeared in anthologies of the literature of Equatorial Guinea. Recently, he has published his first novel “Claro de Luna”, a work that takes us to the thoughts and lives of characters that faithfully represent the needs and dreams of an African continent that, with a hopeful present will be without a doubt, the continent of the future.