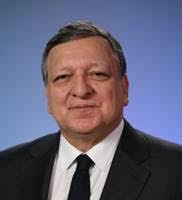 Having first been elected to the Portuguese Parliament in 1985, José Manuel Barroso served as state secretary for home affairs, state secretary for foreign affairs and cooperation, and minister for foreign affairs in successive governments. In 1999, he was elected president of the Social Democratic Party and became the leader of the opposition. In 2002, he was elected Prime Minister of Portugal and in 2004 he was nominated as President of the European Commission. José Manuel remained in the Presidency for two five-year terms where he played an influential role in the passing of the Treaty of Lisbon, responding to the financial crisis and incorporating new members in the European Union, as the EU went from 15 to 28 countries between 2004 and 2014. On behalf of the EU, Jose Manuel received the Nobel Peace Prize in 2012 and gave the acceptance speech together with the President of the European Council.

José Manuel is currently chairman and non-executive director of Goldman Sachs International and an advisor to the firm.