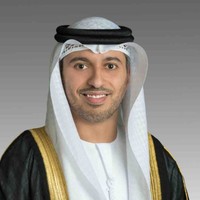 Minister of State for Entrepreneurship and SMEs, United Arab Emirates

H.E. Dr. Ahmad Belhoul Al Falasi has been named the Minister of State for Entrepreneurship and SMEs under the new UAE Government structure approved in July 2020. Under this role, H.E. Dr. Al Falasi is at the fore of designing national initiatives to strengthen the UAE’s small and medium enterprise (SME) sector, one of the engines of the national economy, and promote entrepreneurship in various industries. H.E. is also tasked to set a strategic direction and develop a general national policy for the country’s tourism sector. Before his present position, he was the Minister of State for Higher Education during which he supervised the development of higher education and scientific research in the UAE. He also formulated new policies for the sector as well as streamlined the work of higher education institutions to ensure quality outputs that match the requirements of the labor market. In October 2017, pursuant to the ministerial amendment to the UAE Government, he took on the responsibility of equipping UAE nationals with skills of the future. H.E. is also the former Chairman of the Federal Authority for Human Resources and Chairman of the Board of Directors of the UAE Space Agency. He represented the space sector at the National Committee for Science, Technology and Innovation. Other positions he previously held included CEO of Masdar Company; Executive Director of Strategy and Tourism Sector Development at Dubai Tourism; Vice President of the Mubadala Industry Unit; and Consultant for the management consulting firm McKinsey & Company. H.E. Dr. Al Falasi holds a PhD from Monash University, a Master’s degree from the University of Melbourne in Australia, and a Bachelor’s degree in Communication Engineering from Khalifa University in the UAE.