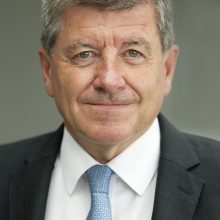 Guy Ryder has been Director-General of the tripartite International Labour Organization since 2012. As the Organization addresses the realities of the world of work in the 21st century, he strives to ensure that the ILO remains true to its social justice mandate, reaching the most vulnerable. Having led the unification of the democratic international trade union movement he served as General Secretary of the International Trade Union Confederation from 2006 to 2010.